During National Hispanic Heritage Month, we celebrated the culture and contributions of Hispanic and Latino Americans who have made the United States their home. Many have been living here for generations and have become US citizens, enjoying the freedom and opportunities our country has to offer.  This variety of cultures are woven together to become part of the fabric that makes us, as a nation, so very unique.

Three years ago, we were fortunate to meet with Mexico-based Agave Holdings at ICSC RECon (Introduced by Michael Finkle, managing director at Koniver Stern Group), and they commissioned us to provide landscape design services for their monumental project, The Plaza Coral Gables. We knew this would be an exciting and significant project for our team. Our connection with its managers, Jose Antonio Perez and Carlos Beckmann was immediate. 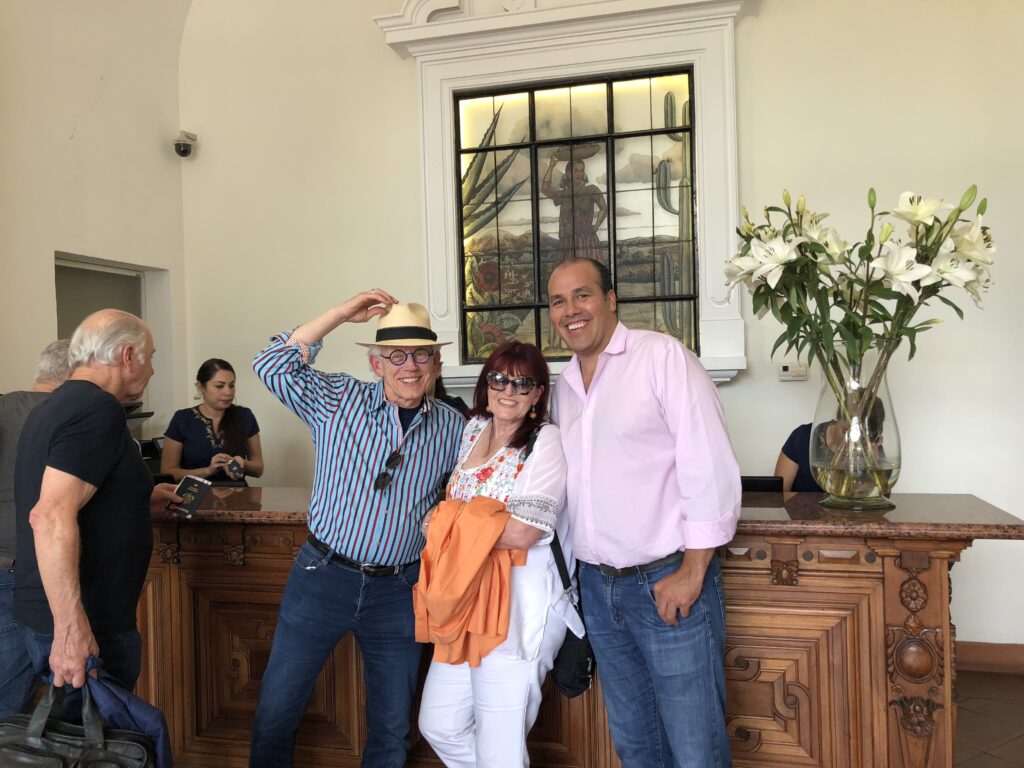 What was meant to be a 15-minute introductory meeting turned into a 2-hour business and very social interaction! Because of my extensive travels as a young girl with my parents, I had the opportunity to go to school in Madrid, Spain, where my parents insisted I attend a local school, so that I could learn to speak Spanish. Living in Southern California, where the language is spoken by so many, it was the impetus and opportunity to continue speaking Spanish, and thank goodness I did! During our initial meeting, both Jose Antonio and Carlos were surprised and delighted when I started speaking Spanish to them!

I mentioned to Shelby Gleba, Director of Marketing for Lifescapes, who accompanied me to this initial meeting, that even if we do not get this assignment (they already had a landscape architect involved), I felt as if we made lifelong friends. After that meeting, and a quick trip to Florida to visit the site, Lifescapes was commissioned to work on the central plaza, the retail areas and the public park.

Recently I asked Jose Antonio why he became an American citizen (after having lived in the Miami area for ten years); he responded, “I wanted my children to have an education here and to enjoy the many opportunities and experiences that the United States has to offer. When Agave Holdings decided to develop a project in the USA, Florida was a natural fit because of the Hispanic influences, population and language.” 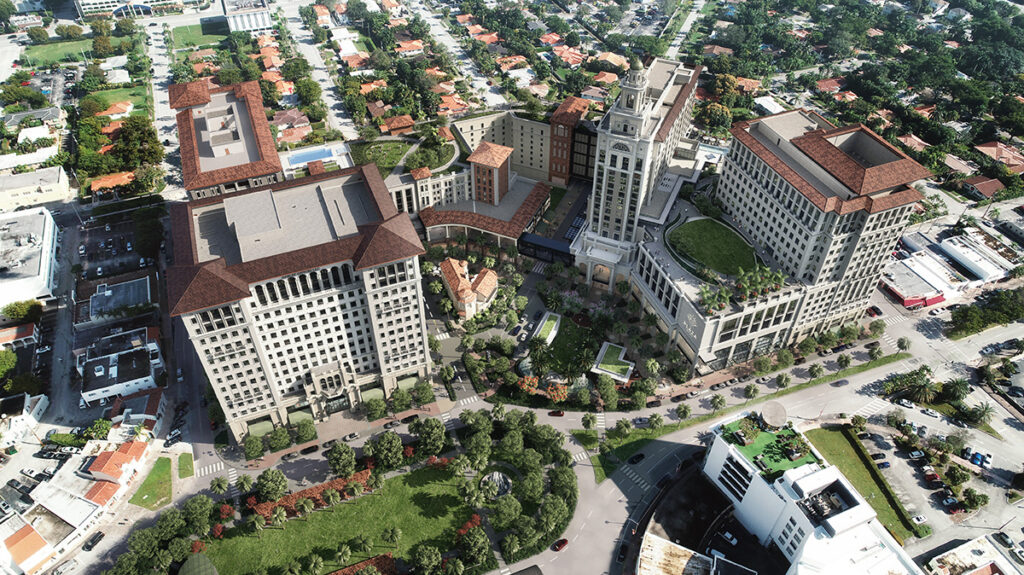 The Plaza Coral Gables, a $700 million dollar investment, is sizeable and will be under construction for another 18 months, opening in 2022. The mixed-use development consists of office, retail, restaurant, multifamily and a Loews hotel. The site also has a historic building that once housed the City’s developer George Merrick’s office, which will be used as Agave Holdings’ offices, as well as other uses. The design of the project is influenced by Hispanic traditions and will feature a Spanish Mediterranean style with Spanish roofs, and blue and white Mexican tile mosaics on the central fountain, to name a few.

Senior Designer for The Plaza, Landscape architect Alvaro Amador, who was born in Colombia, and is also an American citizen, has traveled extensively around the world, drawing upon influences from both his native country and other cultures in his designs. His talent is vast and varied and we are fortunate that he is part of our Lifescapes family. In addition to Al, we have other Hispanic professionals that are part of “la familia” here at Lifescapes, such as Fernando Ortiz, project manager/designer, who is first generation Mexican-American; CAD Specialist Damon Tristan; and IT Director Michael Calderon.

“When Julie, Shelby, Carlos and I first met at ICSC, we soon recognized a shared passion for creating a place that would be very special and focused on a series of mini destinations within a destination,” continued Jose Antonio, Agave Holdings’ Managing Director. “We wanted to actively and yet seamlessly connect the local community to the experience of The Plaza, which was what was missing before we hired Lifescapes,” he concluded. 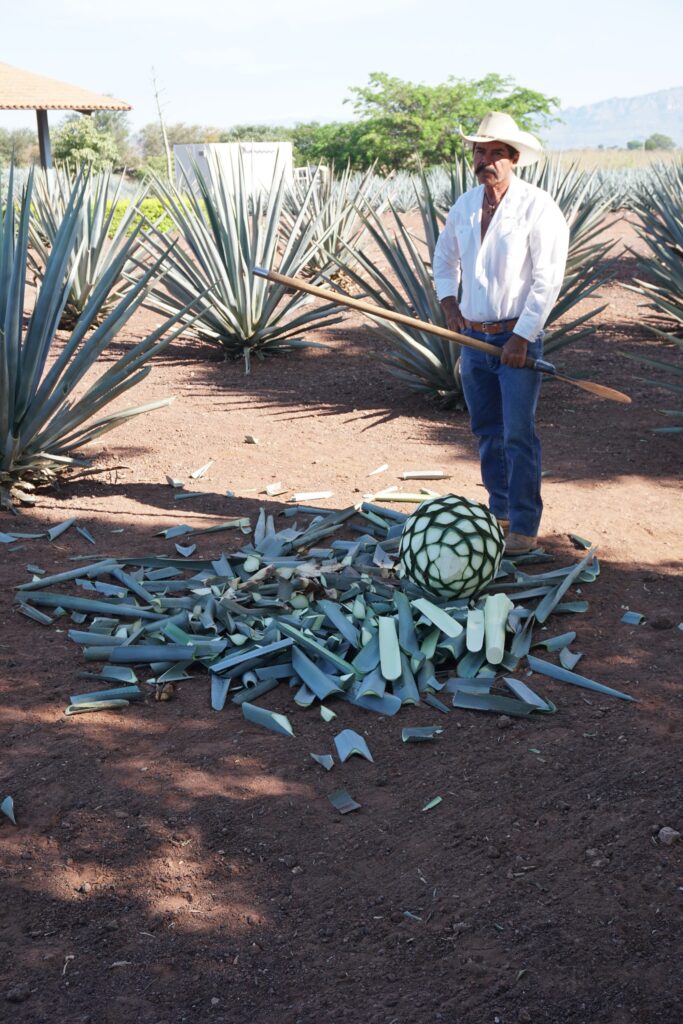 Agave Holdings development company is an entity of the Jose Cuervo Tequila corporation, with offices headquartered in Mexico City, which is indebted to the long standing relationship it has enjoyed with the United States for generations. Approximately 80% of its tequila business flows into the United States annually.

Chairman of the holding company, Mr. Juan Francisco Beckmann Vidal, has made a commitment to honor and preserve the special town of Tequila, where they began their tequila business. Proud of its heritage and of its citizens, Mr. Beckmann Vidal confided in me that his own father had spoken to him early on in his career, encouraging him to be grateful to the people of Tequila and to reinvest and preserve its heritage and financial stability. This has allowed the company to thrive and expand, as prosperity could not have been realized without this familial commitment to the people of Tequila. He, his family, business affiliates and associates continue to reinvest in the town, which is recognized as a UNESCO World Heritage site! 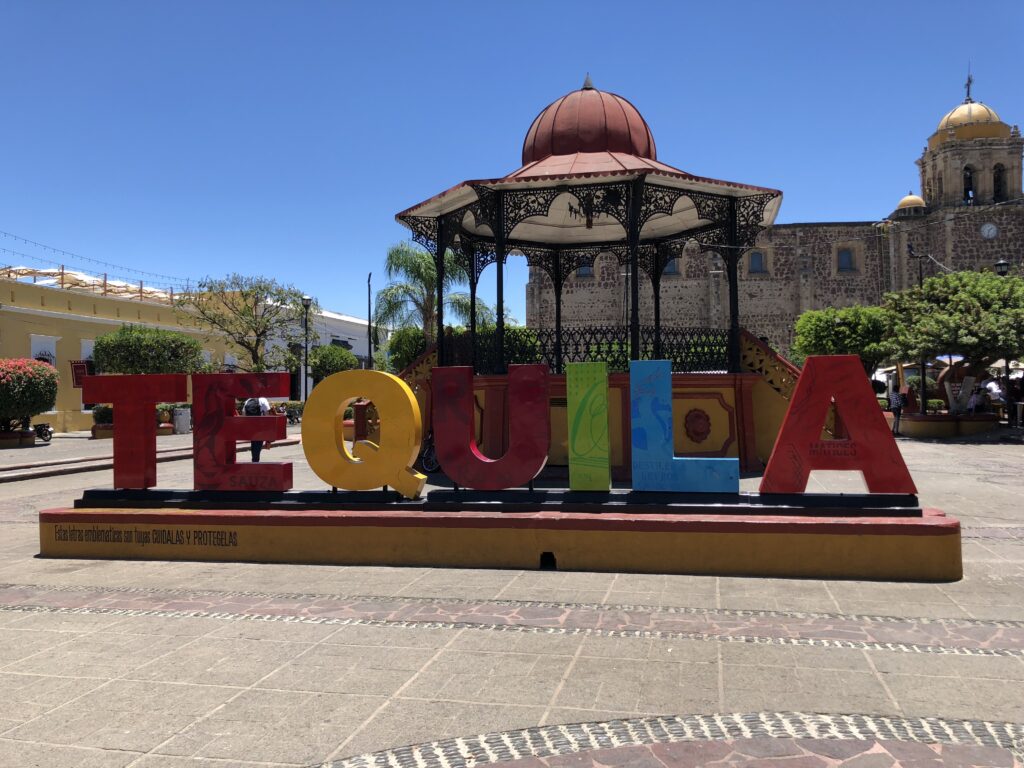 The founder of the company originally came over from Spain in 1795, established a tequila business, at the pleasure from the King of Spain. Jose Cuervo has been in continuous operation since then with the Beckmann Vidal family at the helm. Since then, the company has expanded around the globe. It also built a train and railroad line that connects Guadalajara (about an hour away) to the town of Tequila.

Last year, Agave Holdings generously hosted a trip to Tequila for our team on The Plaza, to see their operations and the charming and delightful town. Today, they own many acres of land in which they have grown and harvested one of the world’s finest tequilas. We were invited to immerse ourselves into their world and learn more about their 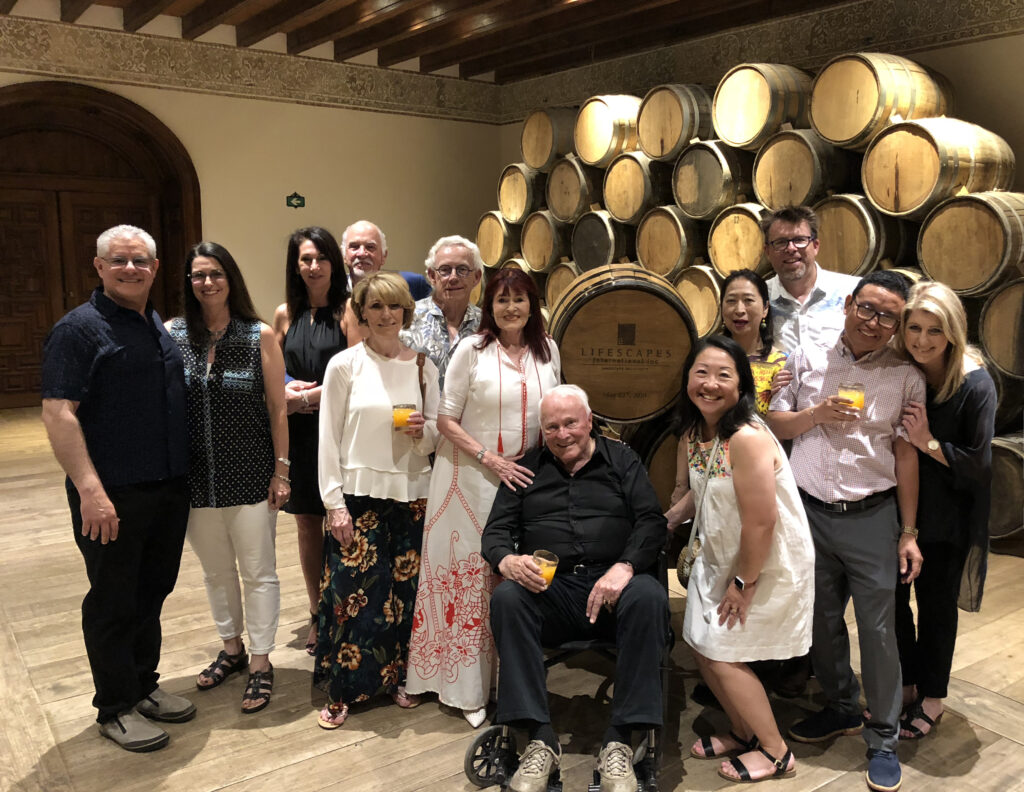 heritage and culture. We soon understood their love of art, commitment to community, high standards of business and their warm, welcoming hospitality. We were even granted a barrel of Tequila branded with our Lifescapes’ logo which we commemorated by signing.

The relationship that Agave Holdings and Lifescapes International share is a special one. Not only are we excited and honored to be working with them on the creation of The Plaza Coral Gables, we look forward to many other endeavors together. We too honor and respect their heritage and are so very grateful for their trust in us and in their investment into the future of the United States. We respect our fellow countrymen striving for a common goal which celebrates both culture and camaraderie. 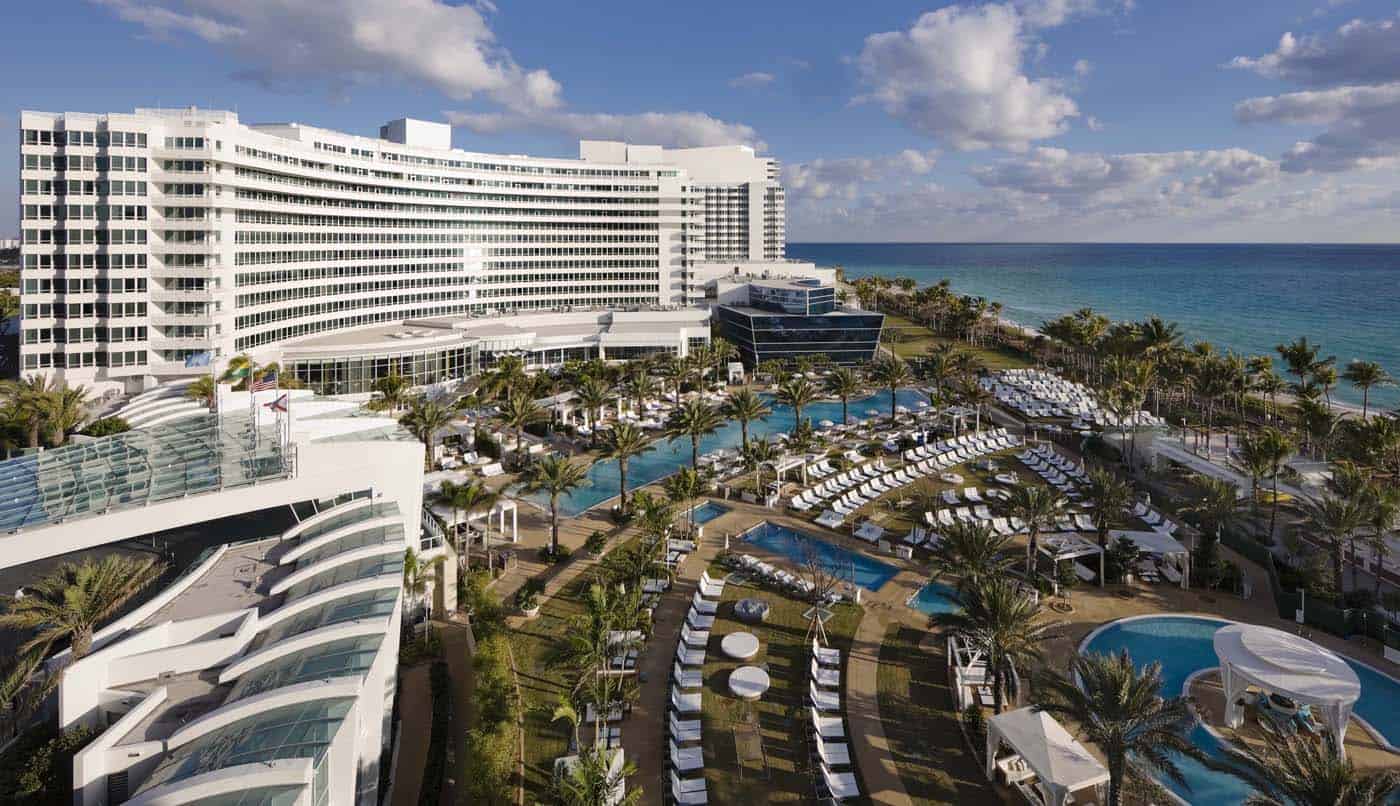 Honoring History with a Modern Twist

Everything has a past and destinations are no different.  Some have a rich history or unique story tied to people or events. This often drives traffic – guests who want to learn more, honor the past, or experience it themselves. But, over time, things become worn out or outdated and need to be refreshed to […]

Models are so important . . . to define a space and communicate our vision to clients. Over our long history, we have made physical models to illustrate the design in a practical way. Scale models are an excellent tool to complement more modern, digital renderings because of the ability to walk around them and […]