Fort Worth Stockyards – My Passion Project

Every project is significant. We pull from our life experiences and travels when designing, but sometimes there’s an intersection between our personal and professional lives that makes it more impactful.

I’ve always been passionate about horses.  Growing up in Indiana, my family showed horses, and about 10 years ago, I decided that I wanted to get back into showing and breeding American Quarter Horses.  At that time, despite living in California, I decided to keep my horses-in-training in Pilot Point, Texas, about 60 miles northeast of Fort Worth.  So, making trips to the Dallas Fort Worth area had become common for me.

So, when Lifescapes COO Dan Trust called me in his office three years ago and asked me if I’d ever heard of the historic Fort Worth Stockyards, I enthusiastically said, “Yes!  In fact, I’ve been there many times!”  It was there that my world of landscape architecture and personal history showing and breeding horses began to collide. Lifescapes’ place on the project design team was a natural fit and I was not only professionally invested in the outcome of the project, but personally as well. Over the years, I’ve even competed a few times at the Will Rogers Coliseum which is only 4 miles from the Stockyards. My wardrobe working with the horses often consists of jeans, boots, and spurs, and now I get to break them out even more often as they’re practically the official uniform of the Stockyards.

The history of The Stockyards was at the forefront of the entire team’s minds and we wanted to honor the past when renovating the project.  Over the past 3 years, Lifescapes International has worked with other talented design consultants from all over the country on this public/private partnership with the City of Fort Worth and Tarrant County with Stockyards Heritage Development Company (SHD) which is a partnership between long-time client and developer Majestic Realty, and Fort Worth’s Hickman Companies.  While SHD was eager to create something special and fresh for the Fort Worth community, it was also critical to them to maintain a connection to the historic charm that has molded the district for well over 100 years.  Collaboration with the City of Fort Worth and the Historical Society has helped maintain that successful balance.

“Our team has spent the last six years restoring and renovating the 108-year-old original horse and mule barns in Mule Alley, and there has been no detail left unturned. We have partnered with the best in the industry to bring this redevelopment project to life, including Lifescapes, and we are dedicated to bringing the world’s best heritage brands, favorite local and regional restauranteurs, show-stopping entertainment, and the national and world headquarters for two companies all to this iconic property, not found anywhere else in the world.” ~Craig Cavileer, EVP, Majestic Realty In early March, the hard work of the previous few years started to be revealed.  Mule Alley, which is 190,000 square feet of historic, 100-year old brick buildings where horses and mules were once sold, has evolved and expanded into a vibrant entertainment district of carefully curated retail stores and restaurants, outdoor patios and private dining rooms with sweeping views, brewpubs and live music venues. Giant mature oak and maple trees now create a natural canopy down the newly brick-paved sidewalks and street.  Coincidentally, the American Paint Horse Association, of which I’m a member, moved their entire headquarters into the heart of Mule Alley.  As a part of the official Mule Alley opening, APHA unveiled their famous bronze sculpture “Legacy of Color” which Lifescapes had incorporated into a round-about in the center of our design of the street. We had to dig 27’ down for the structural footings for the four beautiful bronze horses, which are a perfect finishing touch to this historic spot.

While Covid 19 has slowed the opening dates of some of the other tenants, Mule Alley is now home to MB Merchantile & Supply, Lucchese Bootmaker, PH Barn Door, Shake Shack, and Simpli.fi., a digital advertising firm that will bring in over 400 jobs to The Stockyards. Chef Marcus Paslay’s Provender Hall and the popular Cowtown Winery will both be opening in July.

In Fall of this year, the highly anticipated 4-Star Hotel Drover, which is currently under construction at the end of Mule Alley, will welcome guests through its doors.  With over 200 rooms and suites, a restaurant dubbed 97 West, rustic wedding barn with adjacent outdoor event lawn, and over 40,000 square feet of meeting space, Lifescapes was given the opportunity to create a labyrinth of outdoor spaces to complement the sophisticated interiors while still maintaining a sense of Texas comfort.  There are even a few spots for playing corn hole under the well over 125 trees that have been brought in from around the state. In addition, custom designed Spanish tile will be used in various spots, a 500-year old solid limestone water trough imported from France is being turned into a water feature in the backyard, as well as a 300-year old limestone fountain that is being nestled near the chef’s table within the herb garden.

Although this has been a personal endeavor of mine, I am excited, along with the rest of the Lifescapes team of JoAnn Kusano-Millman, Roger Voettiner, Weston McBee and Patrick Derry to turn it over to the visitors to enjoy this vibrant, historical development! 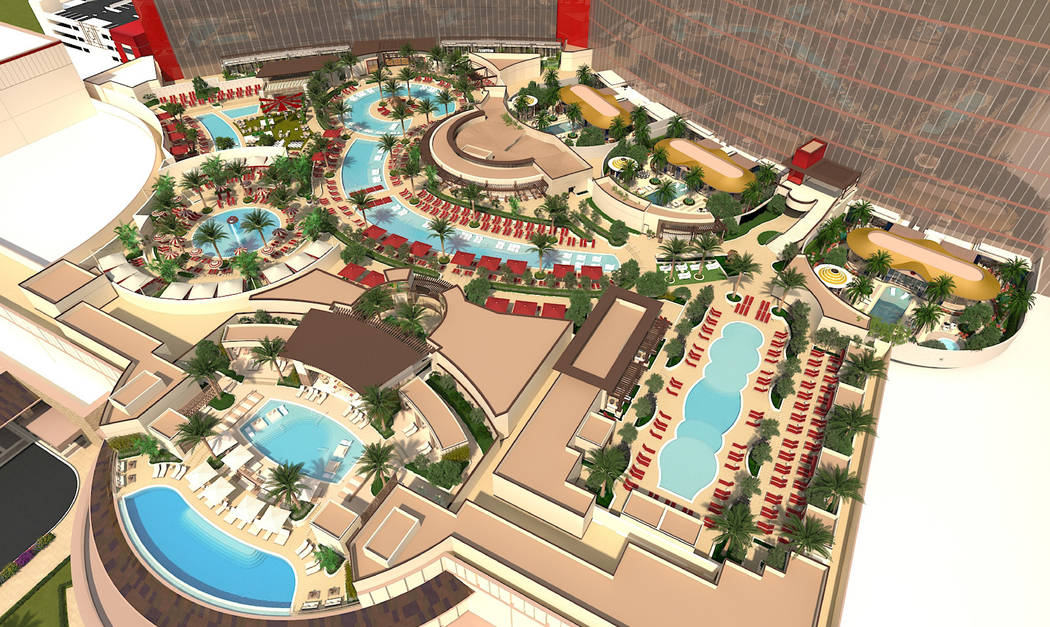 An evening out – a world-class dinner and show with late-night gambling with friends, followed by a morning nap in the sun’s warmth… Or perhaps your vacation dream is watching the world go by as you sip cocktails poolside… Of course, you could watch your children play from the comfort of a nearby shady cabana […]

One thing that makes a world class resort so inviting is that it creates a destination with an aura of aspirational fantasy. It offers the public something they cannot experience in their everyday lives, inspiring guests to extend their stay to keep that feeling of escapism going. Visitors expect Las Vegas resorts to offer a […]